A casino designed by architects Leon Stynen (Antwerp) and Van Sluys & Speybrouck (Blankenberge) was built on Blankenberge’s sea dike in the 1930s.

The building is a prime example of modernist architecture. The art deco interior was typical of the ‘amusement architecture’ after WWI. The principal feature was, and remains, the wall depicting the Battle of Sluis by artist Albert Saverys. Between 1992 and 1995 the casino was fully renovated and adapted to current requirements. 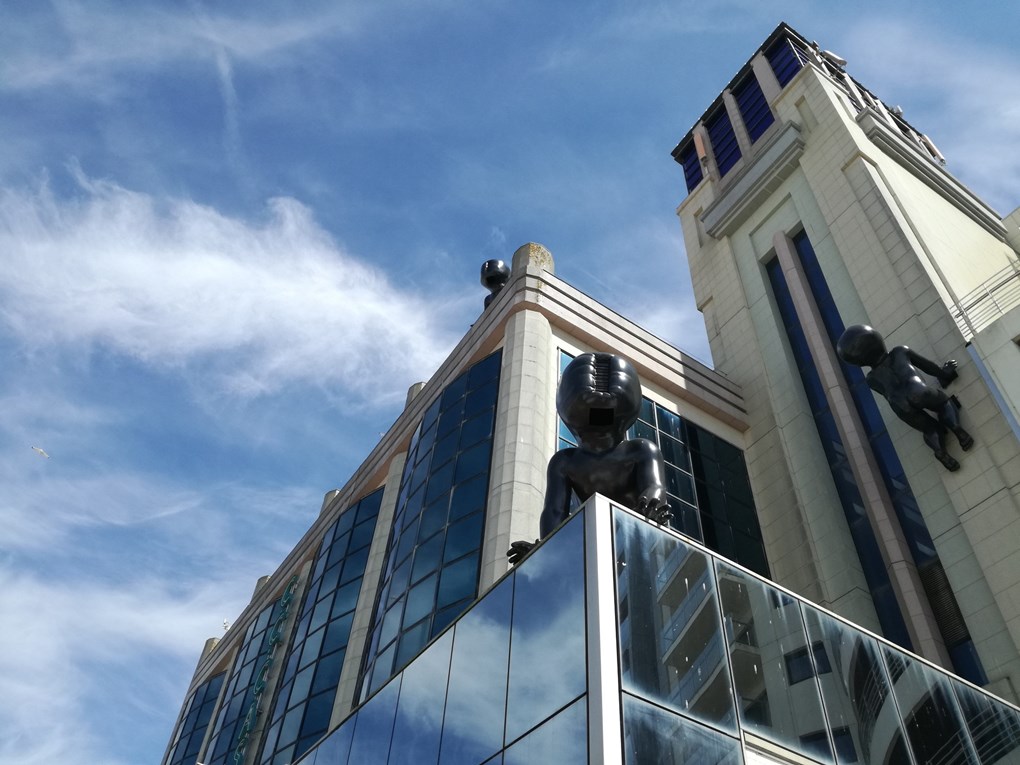