Most of the fishing towns at the Flemish coast already had their lighthouses that served as a landmark for fishermen in the Middle Ages. The oldest information about the Blankenberge lighthouse dates from the beginning of the 14th century.

With the construction of the Blankenberge harbour a new lighthouse was built and was inaugurated in 1872. The Germans blew this building up in 1944.

The current concrete lighthouse dates from after World War II (1951). This lighthouse includes, amongst others, a living and office space for the lighthouse keeper and his family. The style is reminiscent of the interbellum.

Today the lighthouse is fully automated and uninhabited. 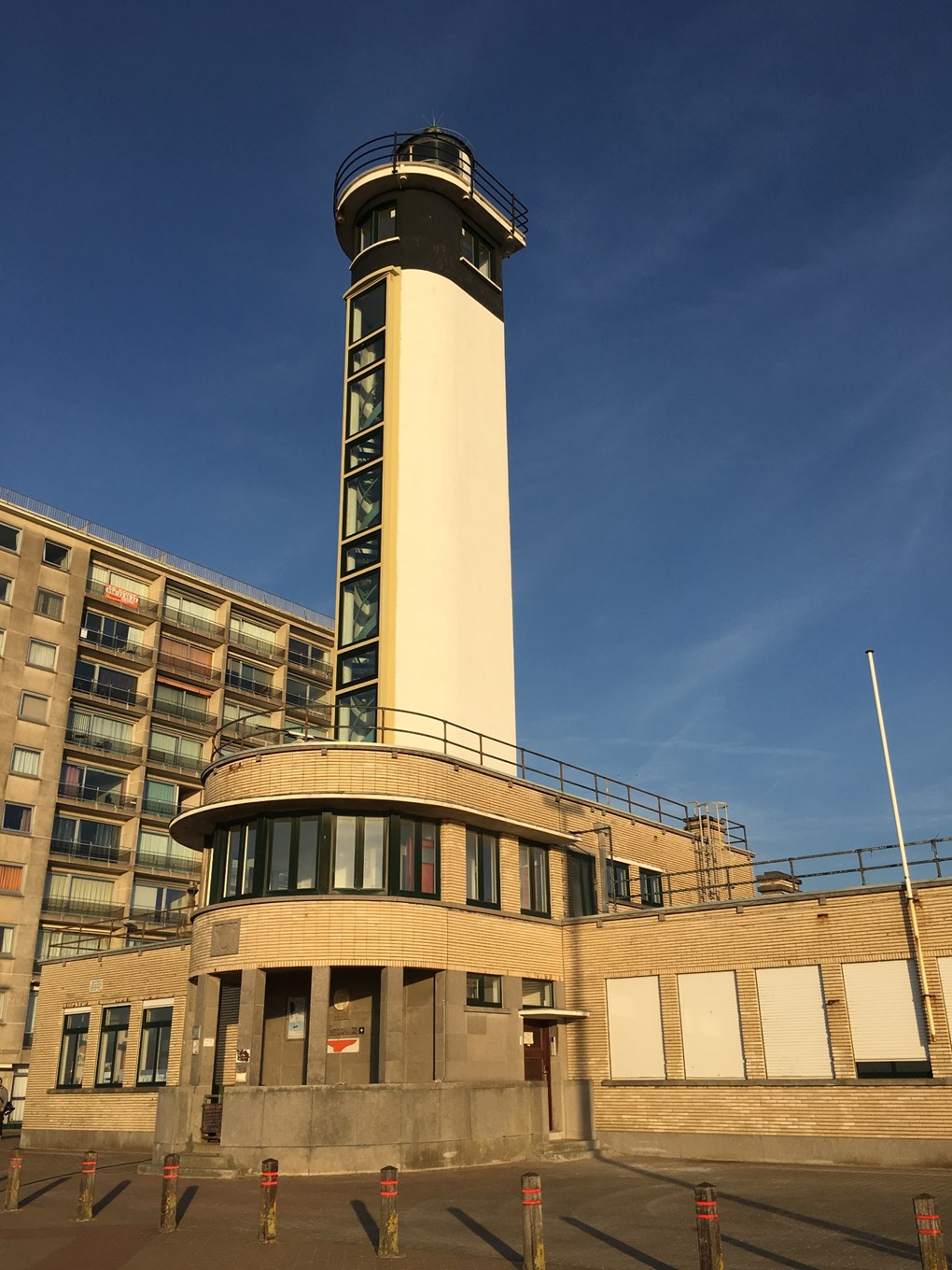